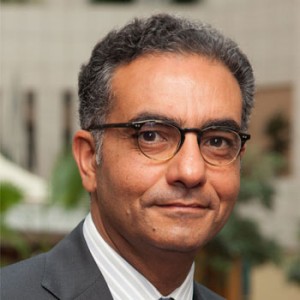 The ICANN Toronto meeting marks the beginning of the tenure of Fadi Chehade as the organization’s CEO. Chehade has impressed almost everyone he has encountered with his conciliatory spirit and his willingness to listen. He is making a concerted effort to signal the changes in the organization and its direction that he will be making.

Many of the themes he is articulating are welcome, and sound the correct notes for going forward. A businessman born in Lebanon to Egyptian parents, it is undeniable that he will make ICANN more transnational in outlook. He is doubling down on ICANN’s longstanding theme of “openness and transparency,” which may or may not prove to be meaningful. But we think the most important idea he has articulated is to promote “balance” and “equality” among stakeholder groups. Indeed, in his inaugural speech he made the already not-so-beautiful label “multi-stakeholder” even more awkward by changing it to: “multi-equal stakeholder.”

We like the sentiment (if not the grammar). We welcome his emphasis on stakeholder balance, and believe that Mr. Chehade is completely sincere in his intention to make it happen. But we want to remind him that balancing stakeholder interests is a political goal and, as such, is easy to say and hard to do.

Here is some advice for you, Mr. Chehade.

Before you can treat stakeholder groups fairly and equally, you first have to understand who they are (which is not the same as who they say they are). You also must understand  the differences in material interests and ideologies that drive their policy positions. Asking people to just be nice and get along won’t cut it.

You will need to be especially aware of the fact that governments, who are often described as a “stakeholder” in these regimes, generally consider themselves to be “more equal” than other stakeholders. While there is no doubt that they are more powerful (inside their jurisdiction) than other interests, there is a highly consequential political debate about whether that dominance should be extended to the global Internet. Some of your comments indicate that you are aware of this, which is good. But please also understand that this clash with governments is not something confined to the ITU and the UN: it applies to ICANN as well, not only through its Governmental Advisory Committee (GAC), but also through its special relationship with the US government. In this context, being “multi-equal” will require great political strength and courage.

An odd mis-step. The NCSG representatives sitting in that room on the Council were very puzzled by that remark. Apparently you do not understand that noncommercial stakeholders are also represented on the GNSO Council alongside the business interests, and that the Council is supposed to balance commercial and noncommercial representation. Your oversight is important, because re-balancing of commercial and noncommercial representation a few years ago was a major accomplishment of the GNSO reforms. Be aware, please, that certain groups have never quite accepted that, or adjusted to it. To this day, there are people in the Council (and in the US government) who will claim that consensus on a policy exists even when all the civil society representatives oppose a policy. We hope that under your new approach, those days are numbered.

Implementing balance also requires you to understand how ICANN’s complicated representational structure can exacerbate imbalances, by creating needless organizational divisions and rivalries. Indeed, there is a good lesson for you here: if structural differences can confuse or elude the CEO of the Corporation, as the remarks before the GNSO indicated, imagine what they do to the average potential participant in ICANN processes?

Currently, no less than 4 GNSO constituencies and the entire At Large claim to represent “user interests.” These structures at once overlap, cooperate and compete. There is, for example, a major overlap between the Noncommercial Stakeholders Group (NCSG) and the At Large with respect to representation of noncommercial user interests in the ICANN process. Ideally, these two entities should provide a seamless arena in which independent civil society actors devote their efforts to addressing general ICANN issues and board nominations (the At Large) and domain name policies (the NCSG). All too often, however, the linkage of organizational support and personal agendas to different structures leads to the creation of silos and exclusive fiefdoms.

In short, creating a multi-equal stakeholder environment, which has been acronymized as MESH but also ridiculed as MESS, will not be easy. We like the spirit with which you are approaching that challenge, and hope that these comments are helpful.