What is Internet Governance?

Internet governance refers to the rules, policies, standards and practices that coordinate and shape global cyberspace.

The Internet is a vast network of independently-managed networks, woven together by globally standardized data communication protocols (primarily, Internet Protocol, TCP, UDP, DNS and BGP). The common adoption and use of these protocols unified the world of information and communications like never before. Millions of digital devices and massive amounts of data, software applications, and electronic services became compatible and interoperable. The Internet created a new environment, a complex and dynamic “cyberspace.”

The term “Internet governance” first started to be used in connection with the governance of Internet identifiers such as domain names and IP addresses, which led to the formation of ICANN. Since then, the economic, political, social and military implications of Internet governance have expanded to embrace a number of other areas of policy:

The Forms of Internet Governance

We say Internet governance and not government because many issues in cyberspace are not and probably cannot be handled by the traditional territorial national institutions. Governance implies a polycentric, less hierarchical order; it requires transnational cooperation amongst standards developers, network operators, online service providers, users, governments and international organizations if it is to solve problems while retaining the openness and interoperability of cyberspace. For better or worse, national policy plays an important role in shaping the Internet, but the rise of cyberspace has produced, and will continue to produce, new institutions and governance arrangements that respond to its unique characteristics.

IGP’s analysis of the Internet governance space is informed by institutional economics, which identifies three broad categories of governance: markets, hierarchies and networks. Markets are driven by private transactions and the price mechanism. Hierarchies govern interactions through orders or compulsion by an authority, such as law enforcement by a state, a binding treaty, or the organizational control of a firm Networks are semi-permanent, voluntary negotiation systems that allow interdependent actors to opt for collaboration or unilateral action in the absence of an overarching authority. Internet governance involves a complex mixture of all three governance structures, including various forms of self-governance by market actors. 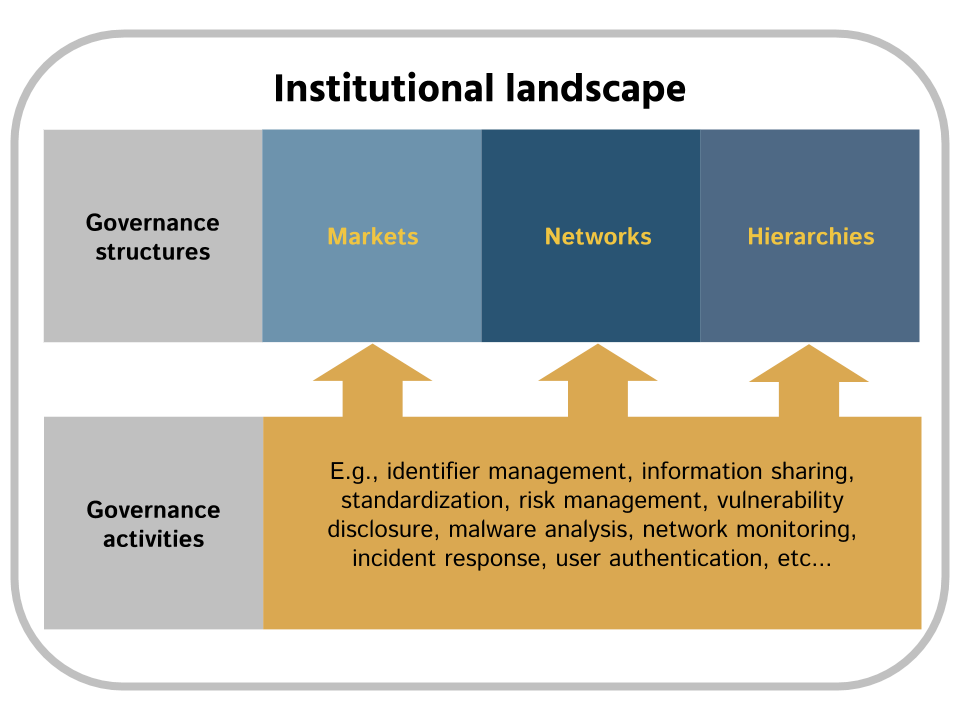 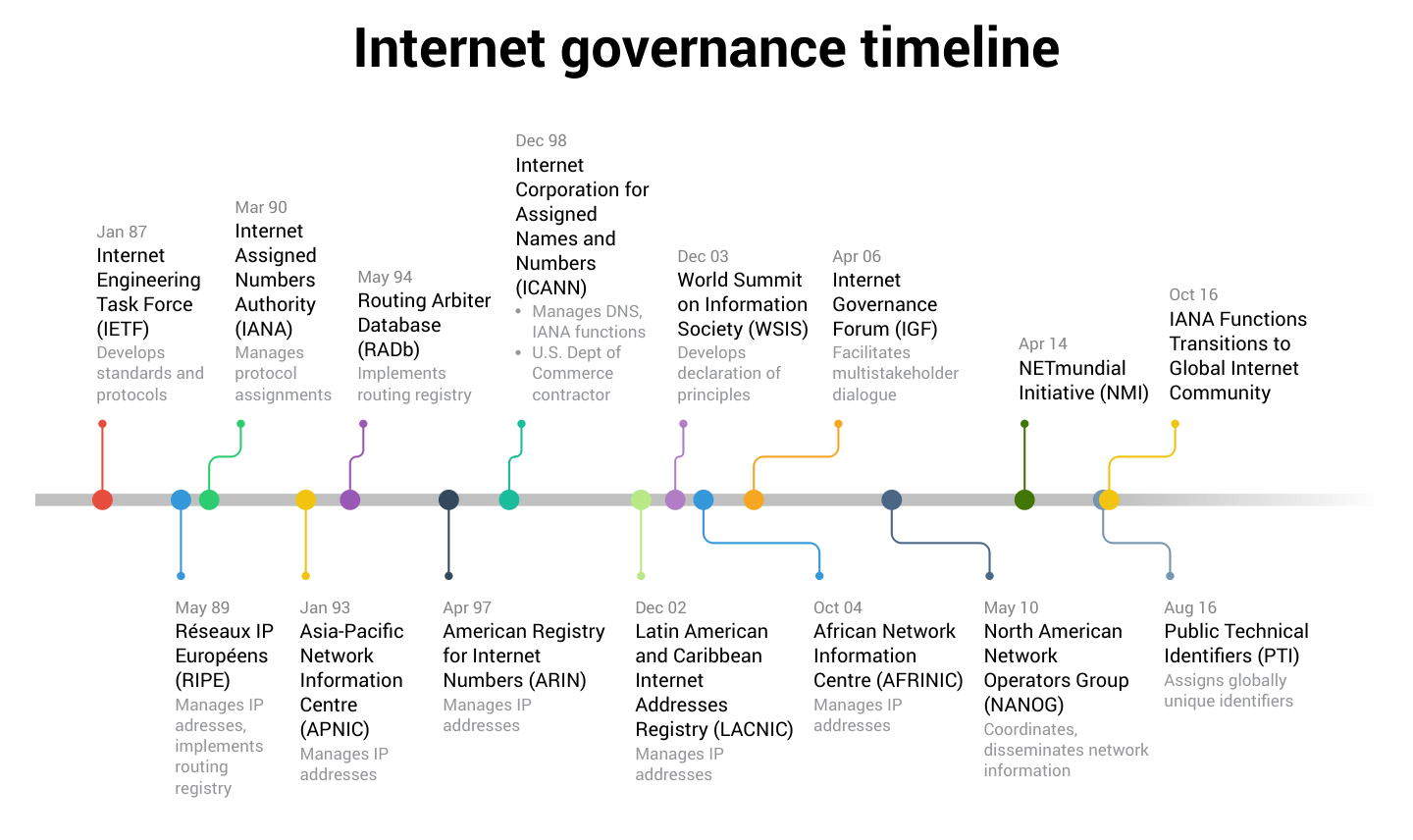 Actors and Institutions in Internet Governance

Who actually does Internet governance? As suggested above, cyberspace brought together a new and highly diverse set of actors. The following list, which is not complete or exhaustive, provides a sense of the scope and complexity of the involved actors and institutional regimes

These organizations evolved alongside the origin and development of the internet and are concerned with technical standards and coordinating and developing policies related to its globally unique identifiers.

Paper on Digital Object Architecture and the IoT

The battle for NCSG

Scrutiny of the Affirmation of Commitments

Work on Root signing for DNSSEC

Proposal to build an IGF

IGP challenge to US unilateral control of ICANN

IGP formed to participate in WSIS

Proposal for a Framework Convention in IG

Formation of ICANN; we were there