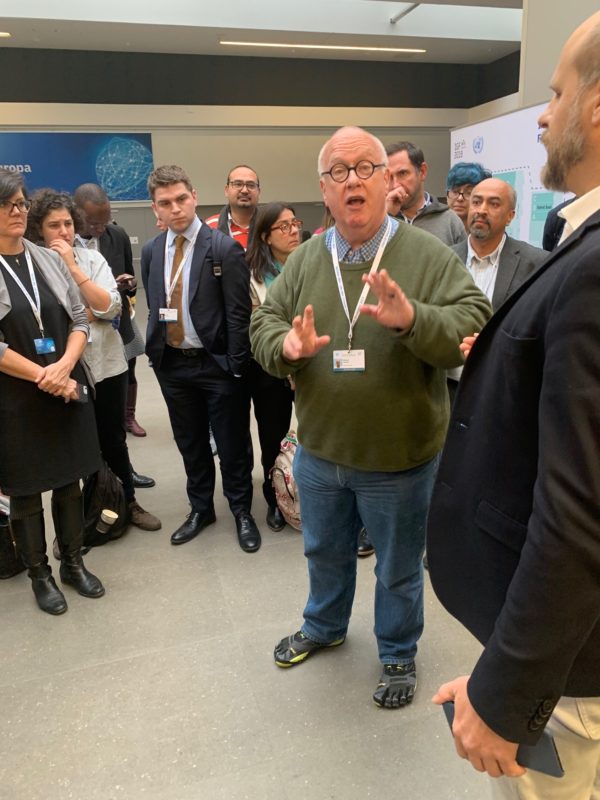 ations and discussions yesterday. A snap “town hall” meeting convened about 50 civil society members and representatives of the Internet Society (ISOC) and ICANN to express concerns about the sale of .ORG. Notably absent were representatives of PIR and Ethos Capital. The meeting was called after discussions among the leaders of Access Now, the Noncommercial Users Constituency, and IGP.

ISOC trustees Walid Al-Saqaf and Mike Godwin made a strong case for the sale from ISOC’s perspective. Al-Saqaf said that he had a fiduciary responsibliity to consider the interests of ISOC primarily and that the sale definitely was good for ISOC. It establishes an endowment and gets ISOC out of the business of DNS registry operation so it can concentrate on its core mission. Godwin noted that DNS may not be the long term direction of the internet and that as promoters/advocates of the internet ISOC did not want to have a conflict of interest that tied its revenue stream to a 1980s/90s business (domain name registration) that might prove to be a declining or suboptimal.

Though reluctant to step forward and talk initially (“We are just here to listen”), ICANN board members Becky Burr and Chris Disspain quickly came to their senses and explained the process they go through when ownership of a registry changes.  They acknowledged that section 7.5 of the ORG Registry Agreement gives them a role in the transfer of control and that the process associated with that is already happening. They can ask questions of ISOC trustees and PIR about the sale and exchange information. There is no fixed 30-day limit on these exchanges, rather a rolling 30 day limit on each round of questions and responses. Board members acknowledged ICANN’s ability to attach conditions to the recognition of Ethos Capital as the new operator of .ORG. Board member Leon Sanchez was also in attendance.

The ICANN board members sat through the entire meeting and paid attention, so it should be clear to them that they can enhance ICANN’s legitimacy and reputation by taking the right steps in this controversy. They also indicated that concerned members of the community are welcome to send their opinions to the CEO and Board. We would caution anyone who does this to keep in mind the precise nature of ICANN’s role in this process, otherwise the advice will not be useful.

Trustees received notice of the proposal in the August-September time frame and also claimed that they had more than one offer. A former ISOC trustee asked whether they had considered other financial models such as a leasing arrangement. They say they had.

Following the agenda put forward in our previous blog on this topic, Milton Mueller articulated a proposed agenda for modifying the RA:

The ISOC representatives did not seem to be hostile or negative about this agenda. Access Now representatives seemed to be more interested in finding ways to stop the sale.