On October 6th a letter was circulated to the negotiators preparing for the World Trade Organization’s 11th Ministerial meeting (MC11), which will be held December 10-13, 2017 in Buenos Aires, Argentina. The letter purports to speak for all of “global civil society,” and singles out for attack the prospect of an agreement on e-commerce trade, which it calls “a dangerous and inappropriate new agenda.” A large part of the text appeared several months ago as part of a Huffington Post op-ed written by Deborah James, a Director at the anti-free trade Center for Economic and Policy Research. In response to this letter, IGP wishes to make the following points:

Not the voice of “global civil society”

That statement is not the voice of “global civil society.” It is an alliance of labor unions primarily, with support from some anti-globalization environmental and church groups. While these are legitimate stakeholders who deserve to be heard, we wish to challenge the advocates’ pretense that consumers, civil society groups and the developing world all oppose free trade in e-commerce and only U.S.-based big corporations favor it and benefit from it. 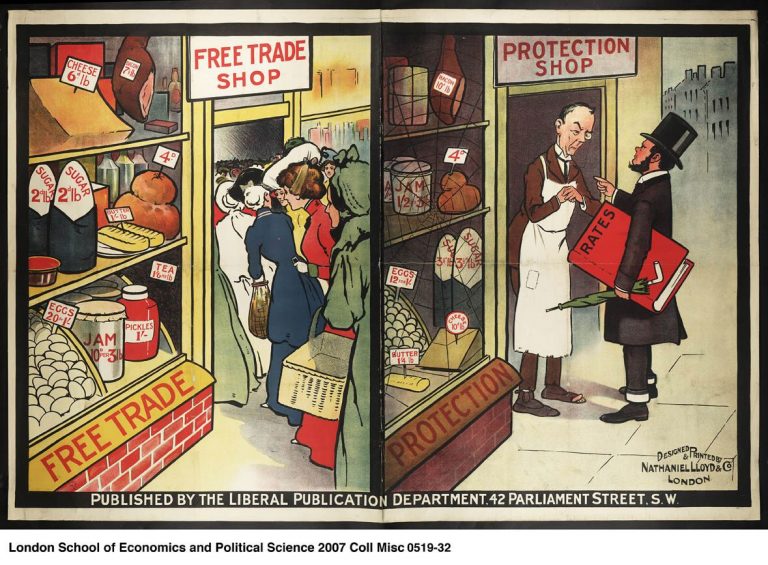 There is a strong case to be made that free trade, while having complex distributional effects, improves consumer welfare overall and vitalizes developing economies. And it is hard to see why civil society should be defending protectionism and the associated regulations. They often stifle economic growth and are inevitably exploited by vested interests and corrupt government officials to enrich themselves at the expense of end users and consumers. We favor an open and honest debate about the merits of Internet-enabled trade in services, a debate that should be evidence-based and not based on the false polarity between “big corporations” and “the people.” Many in civil society support digital free trade.

As participants in Internet governance, we disagree profoundly with the attack on free trade in e-commerce. The policies advocated in the statement – particularly data localization requirements and highly regulated cross-border data transfers – would reinforce current tendencies towards the political and technical disintegration of global communications. Whether intended or not, the statement’s opposition to open and competitive trade in e-commerce services lends support to the economic nationalism of China’s Xi, Russia’s Putin and America’s Trump. It is similar in logic to and motivated by the same spirit as the right-wing anti-immigration parties of North America and Europe. In Trump’s “wall,” in Brexit, in China’s “internet sovereignty” initiatives and Russia’s data localization law we are starting to see the effects of a more bordered information economy, and they do not look pretty.

In addition to their harmful economic effects, barriers to e-commerce can have severely negative effects on human rights. Data localization gives authoritarian governments easier access to user data for surveillance and law enforcement purposes. By denying Internet users the ability to access external email or web-based services, data localization rules can strengthen authoritarian states’ control over the internet and can even put dissident users’ lives at risk. While trade agreements all have shortcomings, various studies attest to the benefits of freer trade for protecting human rights and strengthening democracy.[1] Trade agreements can incentivize nation states that do not have appropriate data protection laws in place to pass legislation. Trade agreement negotiators, despite the allegations, have paid attention to privacy protection. There are relevant sections in TPP that require the parties to the agreement to protect personal information.[2] The negotiation of the Cross-Border Privacy Rules in the APEC countries was used by privacy advocates to improve privacy protections in cross-border e-commerce.[3] The potential contribution of trade agreements to enhancing rule of law and protecting digital rights have always been ignored by anti-trade civil society organizations.

Numerous case studies illustrate how restrictions on the market for ICT services stunt development and hurt consumers, and when these restrictions are eliminated developing economies benefit.  Here are a few examples:

It is time for global civil society organizations to break free of knee-jerk anti-market assumptions and look at the facts regarding digital trade.

13 thoughts on “Civil Society and Digital Free Trade: A Response”