The End of Bottom-Up: The UN IGF’s “Leadership Panel”

Are you ready to be led? The United Nations Secretary General has appointed 12 people to its controversial “leadership panel.” The group is composed of prominent people, each with loads of honorary titles, fellowships and well-placed positions within business and government.

What’s missing almost entirely from this group, however, is any institutionalized connection with – or accountability to – the thousands of people and organizations that participate in the IGF and engage in the highly distributed, networked forms of governance that characterize the Internet. With the partial exception of Vint Cerf, these “leaders” have not developed any organic “followers” in the internet regime complex, they are being helicoptered in by the UN. 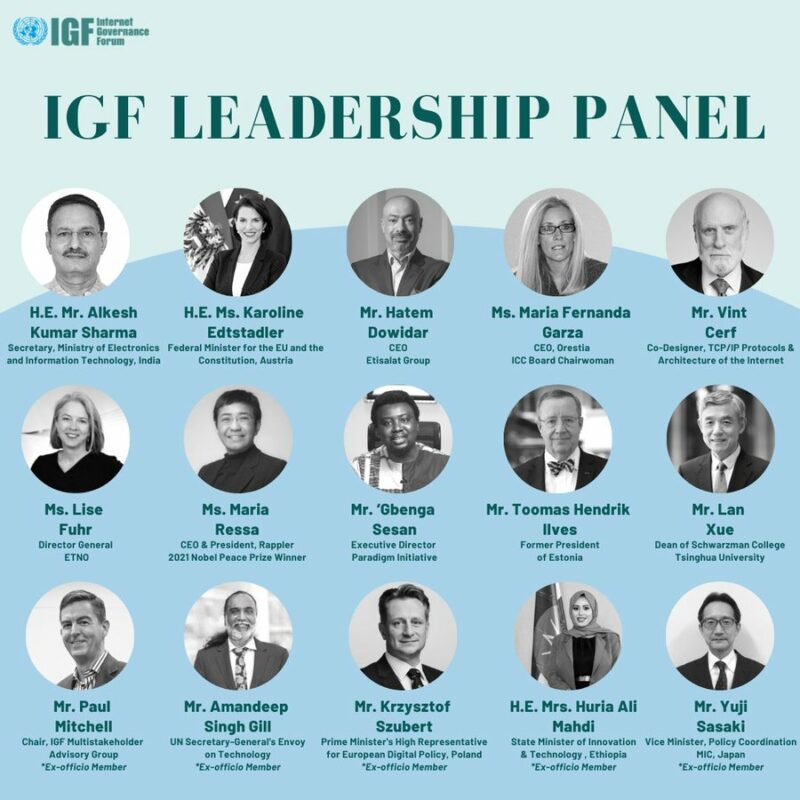 The bottom up principle

In the organic Internet governance institutions, the idea of “multistakeholder” governance has always been tied to the idea of “bottom up.” That means policy making and coordination require the input, deliberation and consensus of the people directly involved in operations and decision making. It also means that initiatives and proposals can come from any participant, not just from the top of a hierarchy, and that there are defined procedures for developing collective agreement on policy actions.

As an intergovernmental institution, the UN has never had a good grasp of the bottom up principle. It has tried very hard to be “multistakeholder.” but to the UN bureaucracy that means that the UNSG that puts some famous person or two into simplistic categories like “civil society,” “business,” and “government.” Governance is then presumed to occur because those groups are magically “represented” by the presence of one or two people in each category.

A top down agenda?

Some critics of the Leadership Panel feared that it would push an agenda and impose it on the rest of us. The reality is that this group does not and never will have a coherent policy agenda. Consider some of the key players appointed. On the one hand, you have big telecom interests represented: Lisa Fuhr of the European Telecoms Network Operators Association (ETNO) and the CEO of the oddly named e& Group, which is basically a telecom conglomerate 60% owned by the government of the United Arab Emirates. ETNO is busy trying to make Internet access pricing conform to the sender-pays principle, just like in the “good old days” of PTT monopolies; this is being advocated so that telcos can grab some of the profits being made by Google and other information service providers. I imagine Vint Verf, who works for Google, would be strongly opposed to that.

Not only do the interest groups represented have no alignment of interests, they have no incentive to negotiate and develop a coherent agenda. This is an inherent flaw in the UN’s version of multistakeholder theater: people are placed on these panels because they tick off boxes signifying social importance, gender, world regions and stakeholder groups, not because they are committed to some kind of global collective action and have implementable ideas about what that action should be.

The UN Secretary-General’s office describes the “Leadership panel” as “a strategic, empowered, and multistakeholder body, to address strategic and urgent issues, and to highlight Forum discussions and possible follow-up actions, in order to promote greater impact and dissemination of IGF discussions.”

The contentious interest groups that define digital political economy should make it clear why no panel of 10 arbitrarily designated “leaders” will advance global governance of this complex ecosystem. Just as technological innovation and market evolution occur globally and from the ground up, so must governance and politics.

3 thoughts on “The End of Bottom-Up: The UN IGF’s “Leadership Panel””